The data is a tab separated file, with continuous recordings organised in columns. The first column holds timestamps (resolution is 10 Hz) and all subsequent columns represent one trial.

Behavioural Data was recorded with MED-PC and is saved in text files found in the folder corresponding to the animal.

For study 1 these will be named 'gonogo_rat(RatNumber)_(DateOfRecording)'. There is one behavioural file per animal.

For study 2 these will be named '009_(RatNumber)_step6v_(DateOfRecording). There are two behavioural files per animal.

For the trial types and event classes to interpret the behaviour data files, please read the text file in the zip archive. 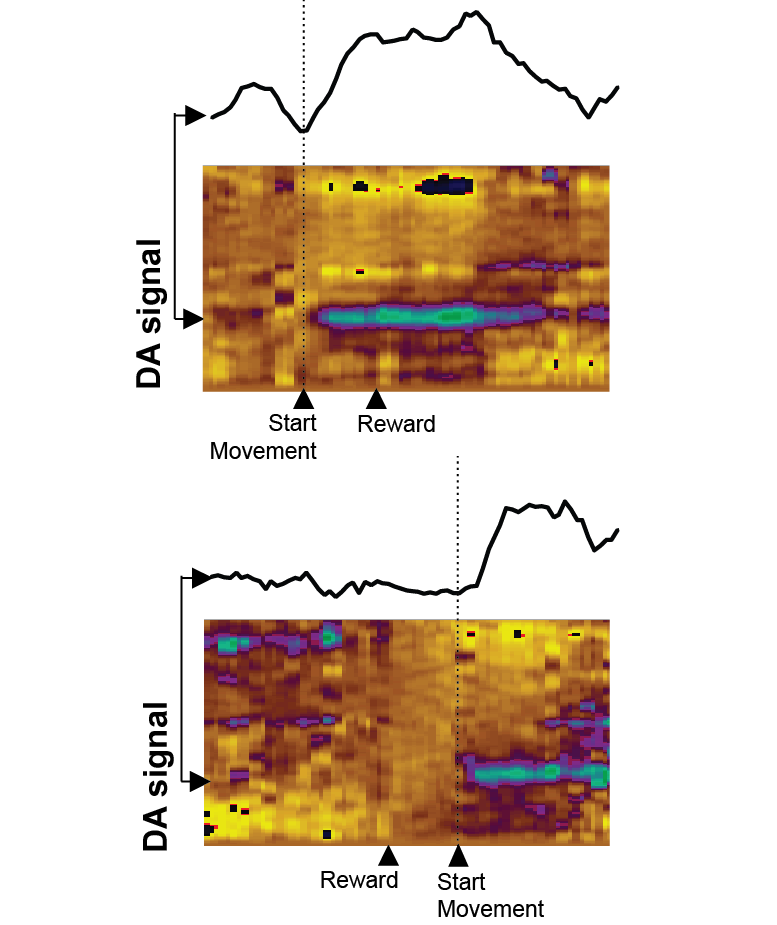