Each MATLAB .mat file contains an electrophysiological recording of a single striatal interneuron and coincident electrocorticogram (ECoG). Neurons are only included in this data set if they were juxtacellularly labelled following recording, recovered post-mortem and confirmed to express either parvalbumin (PV), choline acetyl transferase (ChAT), nitric oxide synthase (NOS) or calretinin (CR).

All recordings were made from Sprague Dawley rats anaesthetised with urethane and supplemental doses of ketamine and xylazine. Detailed methods can be found in the references below.

Recordings were made in to brain states: slow wave activity (SWA) and cortical activation. Recordings are divided in to folders based on both their neurochemical identity and the state in which they were recorded.

Each folder contains neurons of a single neurochemical identity (chat, pv, nos or cr) recorded in one brain state (swa or Act).

The electrophysiological data and their recording parameters are stored as structure arrays (“ephys”) with the following fields:

Data values of the wideband recording from the glass electrode (including both local field potential and action potential components).

Binary representation of the spike times of the sorted action potentials

Time axis for all electrophysiological recordings.

Sampling rate of all electrophysiological recordings (all 16000)

Amplitude unit for all electrophysiological recordings (all mV) 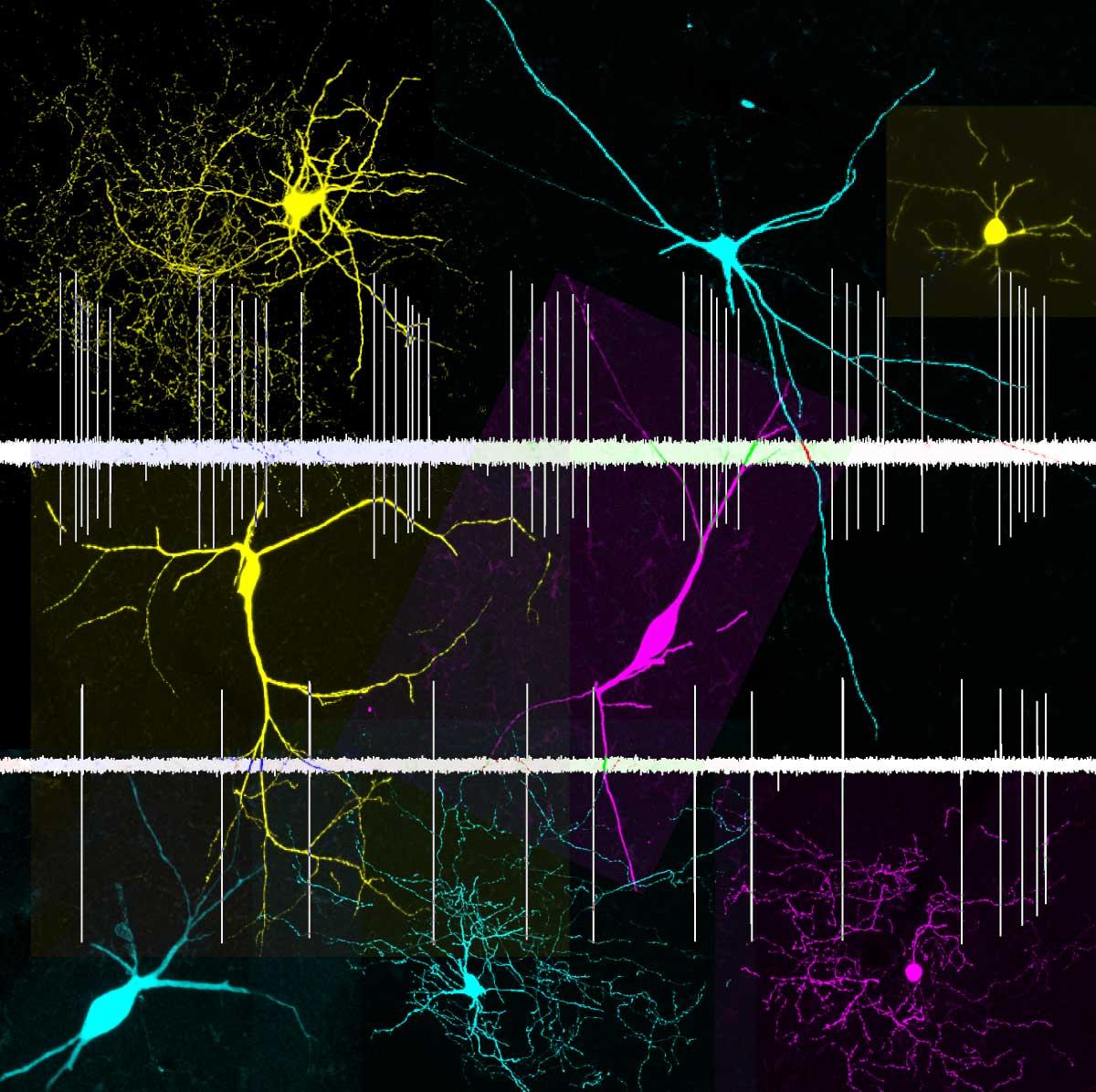 Creative Commons Attribution-ShareAlike 4.0 International (CC BY-SA 4.0) This is a human-readable summary of (and not a substitute for) the licence. You are free to: Share — copy and redistribute the material in any medium or format Adapt — remix, transform, and build upon the material for any purpose, even commercially. This licence is acceptable for Free Cultural Works. The licensor cannot revoke these freedoms as long as you follow the license terms. Under the following terms: Attribution — You must give appropriate credit, provide a link to the license, and indicate if changes were made. You may do so in any reasonable manner, but not in any way that suggests the licensor endorses you or your use. ShareAlike — If you remix, transform, or build upon the material, you must distribute your contributions under the same licence as the original. No additional restrictions — You may not apply legal terms or technological measures that legally restrict others from doing anything the licence permits.